On a Tuesday evening in June, however, it didn’t seem big enough to contain the excitement surrounding its official inauguration.

University of Denver Chancellor Rebecca Chopp praised the coalition that completed the region’s only youth-focused indoor and outdoor tennis facility owned and operated by Denver Tennis Park, Inc., a new nonprofit dedicated to youth. In addition to a Denver Public Schools ground lease and grants from philanthropic foundations and local individuals, two DU-linked donors have financially supported the building which now provides home courts for the men’s and women’s tennis teams in the United States. university.

Alumni Catherine “Cappy” Shopneck (BFA ’76, MBA ’80) and her husband Robert (MA ’73, JD ’76) donated $ 1 million, as did Jane Hamilton, Honorary Lifetime Trustee who is a parent and grandparent of DU alumni.

“It’s phenomenal,” said Chopp, sweeping the crowded stands in front of her as she delivered her remarks. “It was a win-win-win [building the DTP]. It benefited our students, it benefited DPS, and of course it benefited the community. And this is what we need to do more and more in the future.

The DTP opened its doors just six months ago, but has already served more than 1,000 children and 1,200 adults. According to Julie Bock, director and interim general manager of the DTP, the establishment has, to date, provided more than 100,000 hours of contact with young people through its programming.

Twelve high school tennis teams have gained valuable access to the courts this season, especially in bad weather. And for struggling programs, the DTP provided instruction and guidance. Meanwhile, other DPS students have increased their physical literacy and fitness opportunities as part of DTP’s mission to integrate sport into the lives of young people. DTP has helped integrate tennis into physical education classes and after-school programs. Additionally, students who wish to learn the game outside of school can do so inexpensively.

The public can also rent courts. Ten percent of each hourly rate goes to the DTP’s mission of serving children of all abilities, both on-site and off-site.

“It was a great and amazing collaboration,” said Bock. “It’s really important to take a break and remember that we all came together for this, and that’s what will keep us going.” 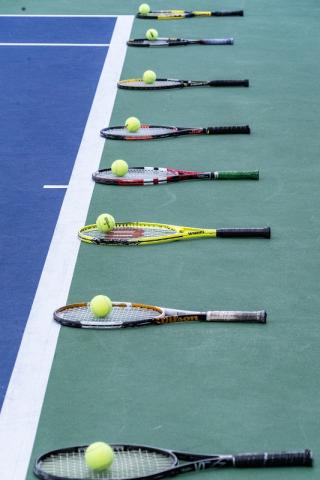 “At Denver Public Schools, we seek to create opportunity and access so that all children can achieve high levels,” she said. “Access to a facility like this is really an example of what that means. For our students to be able to play in a place like this, to bring tennis to kids who may not have had the chance to be exposed to it, we are so, so looking forward to it.

For Cappy Shopneck, an avid tennis player and administrator who is part of the DU Tennis Hall of Fame, the project was an opportunity to unite the sport she loves with the school and community she loves. . She and her husband were among dozens of people who performed a “first serve” ceremony to officially dedicate the DTP.

DU tennis teams finally have a central location for training and games instead of visiting local clubs in the area. So perhaps it is no coincidence that the men’s and women’s teams have played near flawless tennis in their home games this season, with a combined 18-2 record.

Seniors Ignatius Castelino and Bianca Mok say having indoor courts within walking distance makes life more convenient as a student-athlete and has certainly played a role in this season’s success.

“Being closer to campus helps us attract a bigger crowd,” Castelino said. “I think it helps, especially with more difficult teams. I think we are still motivated to play at home.

And both athletes relish the opportunity to share the space with other players in the Denver community.

Mok said: “Sometimes people come out of the courts right before us and they watch us practice, and when we’re done they’ll tell us how much they really like watching us. And it’s nice to be an inspiration to the younger generation and to know that while you practice, people are inspired by your daily activities.

Shreveport channels nostalgia for the renovation of the Querbes tennis park

The tennis court James West played as a child was cracked, poorly lit, and surrounded by a rusty fence. The Querbes tennis court was not as West remembered when he was 13, sliding a large broom back and forth across the 78-foot-long surface. West’s older brother was the night manager of the tennis club. At […]

USTA transforms Harvard Tennis Park tennis courts as part of “Art Courts” initiative To celebrate the 50th US Open Tennis Championships to be played later this summer, members of the Pete Brown Junior Tennis Program, a local National Junior Tennis and Learning Chapter (NJTL) and representatives from the United States The Tennis Association and longtime […]